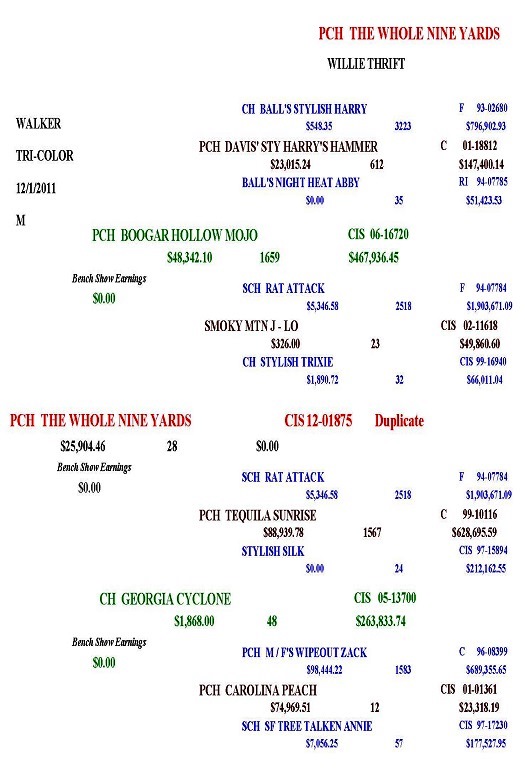 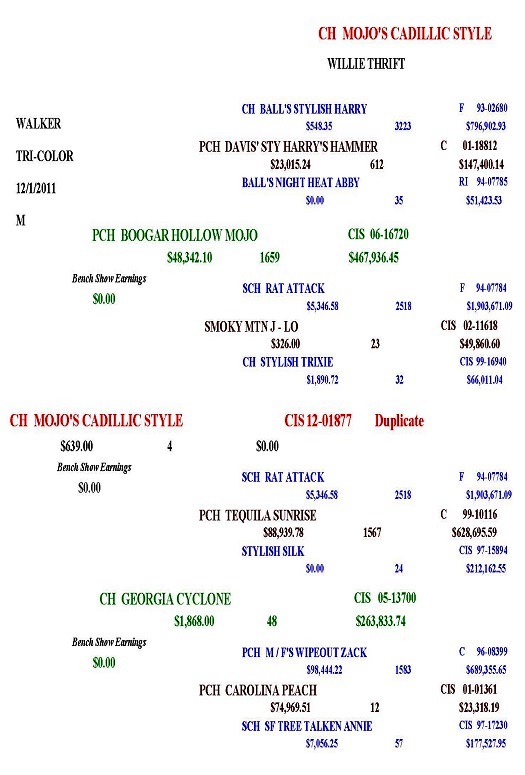 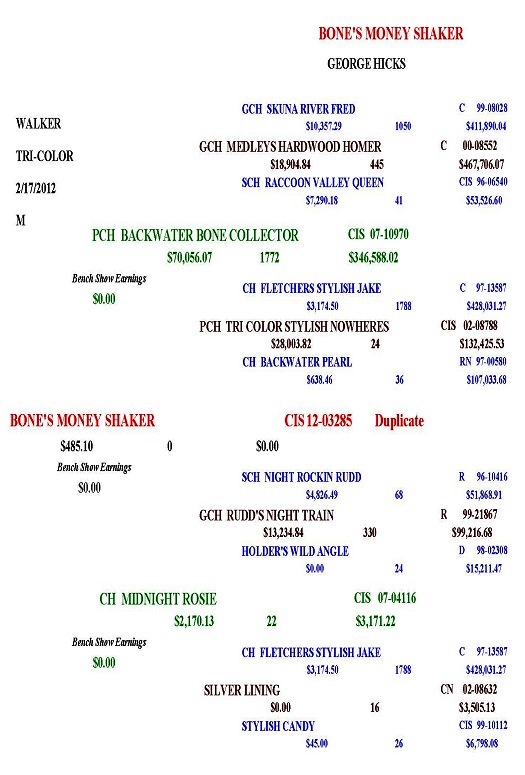 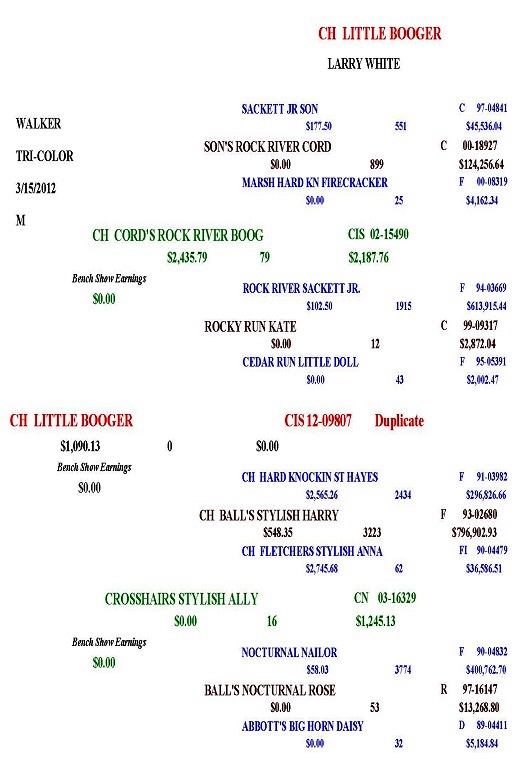 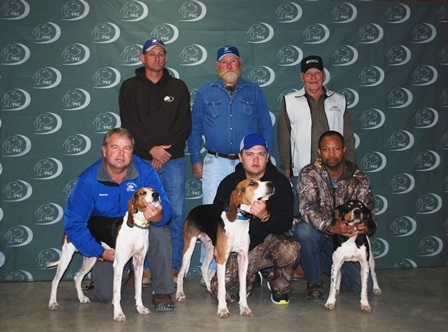 Just about to the woods, cell service is a little shaky


Just parked, putting on lights and collaring up the hounds.

Gott'um in their hands, Judge Hensley is explaining the rules.

Dogs are beginning to split up, Nine is to the right and the other three is going away and to the left.

Booger is minus his 100 tree

Style, Bone and Booger is going away and to the left, Nine is hammering just 200 yards away.

Shining Nine's tree, just a minute and Noneman yells "here he is" plus him up giving him a good score of 50+
Stationary running to The Style.

Stationary on Nine, Noneman shuffels his feet, scratches his nose and calls him treed for 100.

Style is treed on the edge of a cornfield and they are shining the tree.

Minue Bone his 25 strike. Still do not know how Style'e tree was scored.

Must be having a few cell phone issues.

Finally got about 10 texts in a row and I missed some also; scores as we know them now is :
Bone 25-
Nine 75-
Booger 100-
Style 200-
I think some persimmon trees got involved in the hunt. About an hour left to find some big oaks.

Nine treed for 100 and Booger for 75, they sound together, but a long way off

Arrived at Nine's tree, Booger missing an took 75 minus. Bone Tree is dead, Found the coon for Nine giving him 175+.

Booger took another 100 tree minus.

Hunt is over and they finished this way:

According to my clock, we only have about ten minutes of hunting time left, but we need to get the scores off the last two trees.

Booger tree is minus.