PKC invites all young hunters, age thirteen to sixteen years to post here. Those under age 13 must meet "Parential Consent" requirements found on the "Agreement" page.
Click on the "Under Age 13" link for details.

"The first leg of the series is now in the books and what an eventful night it was. From several trucks going mudding and getting stuck in the parking lot to turning the dogs loose in the middle of a gully washer and having several of them coming back in and looking at us humans like we were the crazy ones. We had 7 brave youth hunters and their hounds go out in a monsoon and compete for $100 cast wins and a split of $416 in added in purse. Leg one cast winners walking away with $308 each were Anna Sanchez hunting her own dog Hooker and Daniel Sanchez hunting Ethel owned by Stephen Patton. Congratulations to the Sanchez siblings on their cast wins in Shepherd, Texas. I would like to say thank you to Mr Floyd Daniels and the Shepherd club for hosting the first leg of the series. Also I would like to say thank you to our judges and guides who volunteered to come out and lead the youth hunters and show them a good time. Last but not least I would like to say thank you to the 7 youth hunters, parents, and spectators for coming out and braving a horrible night for a coonhunt and kicking off the 2020 Texas Breaking Curfew Youth Series. If everything goes the way we hope it will, we will move on to the second leg on April the 11th which will be a youth DH in Lufkin, Texas. Hope to see y’all there." 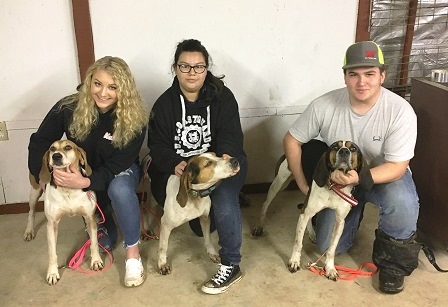 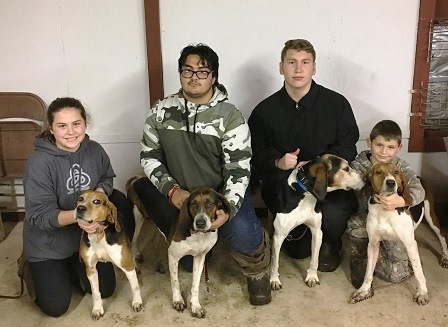